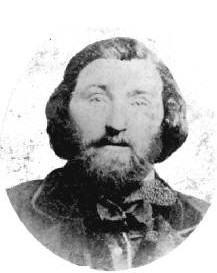 My 2nd Great Grandfather, Patrick Crain, was the fourth of ten children born to John and Atty (McDonough) Cryan at Riverstown, Co. Sligo, Ireland. He and his siblings were baptized at Taunagh Parish Church which was founded by St. Patrick himself! 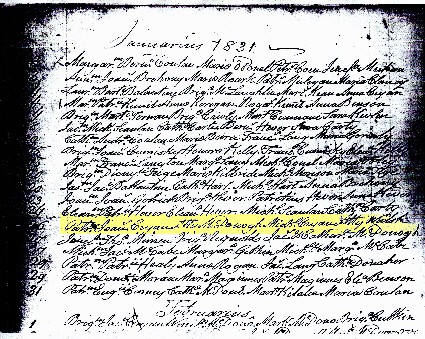 In a 1962 letter to my Grandmother, Edna Grasse (a niece of Patrick Crain,) writes:

March 11, 1962
Dear Cousin Gertrude,   What a pleasant surprise to get a letter from an unknown relative.   I got down the family bible and have compiled some statistics about the Crains.   I suppose you know about your father's brothers and sisters, eleven of them -   and whom they married.   I know them all and where they lived.


My Grandfather, John Crain lived in Drumrain, Sligo Co., Ireland and worked in a bank.   When he died his widow emigrated to the U.S. in May 1848 and settled in Boston, Mass.   She emigrated to Wisconsin in May 1855.   Two sons remained in Mass. James and Michael.   My grandmother Atty, died in Eldorado, Wis. Jan. 20, 1880.
My dad, Mark was the youngest.   He was 3 when he came to the U.S.   They came in a sailing vessel and it took eight weeks!!!


Edna also says that the name was spelled "Cryan" in Ireland.

Patrick's uncle, Mark Cryan had migrated to the United States and an earlier time. He sent for Patrick's 2 older sister. When John died, Atty brought  her remaining 8 children. They sailed to Boston and she ran a boarding house in Leominster, MA for a time.

Patrick, at least 2 of his siblings, and their uncle Mark went west to Eldorado, Fond du Lac, Wisconsin about 1855 and took up farming.  Atty soon followed with 3 of the remaining 5 children, with James and Michael (who spelled their last name "Crane" staying back in Massachusetts.

Patrick applied for citizenship in 1856. 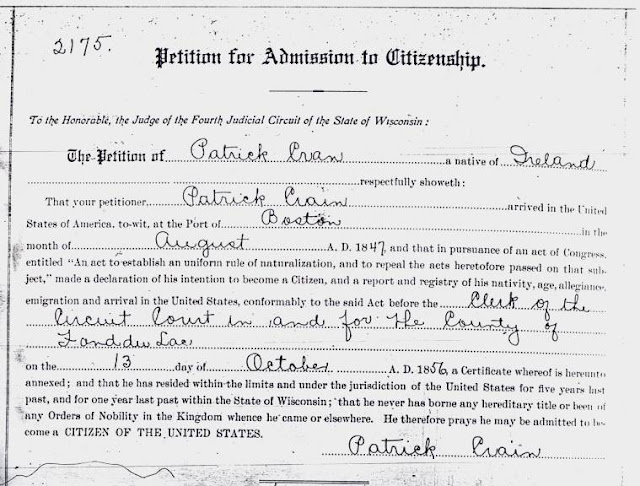 Located and copied by Greg Hamm

He married Bridget Murray, daughter of John and Catherine (Geraghty) Murray from Co. Longford, Ireland, in 1858 and they had 12 children.

Patrick's name appears on the deed to the land for St. Mary's Mission, Eldorado's Catholic Church. The deed was signed on March 1st 1867 and the land was purchased for about $100.00. According to a Crain cousin who served on the cemetery board, people buried at the adjoining cemetery are all related to the Crain family. 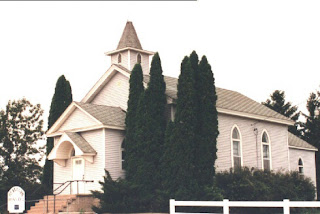 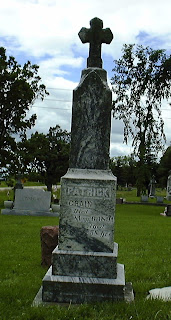 Patrick's son, Tim, was the father of my Grandmother, Gertrude Crain Bradley. 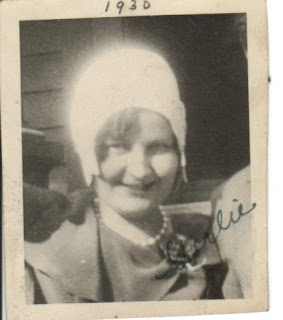 An Irish Wish for a Friend

Wishing you a rainbow
For sunlight after showers—
Miles and miles of Irish smiles
For golden happy hours—
Shamrocks at your doorway
For luck and laughter too,
And a host of friends that never ends
Each day your whole life through!